Successful missions recruiting "outside the box" 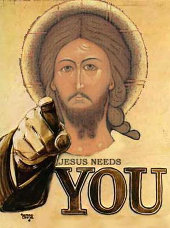 I recently heard of a mission organisation that had been extremely successful in recruiting members. They hadn't done it using the traditional "send-people-to-theology-school-first" or "short-term-training-opportunities" approaches that most groups I know of use. It had been a lot more personal and a lot more social media based. People in sending countries were connecting via social media to those folks working on the field, having a few Skype conversations to work out the details and then getting on air-planes to join their new co-workers. They hadn't required these folks to spend months raising support from family and friends. What's more, this organisation had attracted the bulk of its recruits not from traditional Western sending countries, but from much poorer parts of the world - who are usually under-represented in lots of organisations. A lot of these new folks didn't have a whole lot of training in what they felt they were being called to, but they had a lot of passion. So much passion in fact, that they were prepared to go to countries where they knew they might very well end up having to pay the ultimate cost for their dedication. But, whatever the long-term results of this strategy, in the short term at least, over a few months, this organisation managed to attract thousands of people (young and old, rich and poor, educated or not - although I'm not sure of the exact break-downs) to join them.

You see, I am not being entirely truthful in my description of this "mission" organisation. I am not talking about any Christian mission agency trying to establish the God's Kingdom here on earth. I am talking about ISIS, a Muslim organisation attempting to establish a Sharia-based caliphate, the Muslim equivalent (in the mind of some Muslims at least) of Allah's Kingdom here on earth, starting in Syria and North Iraq. Of course, these "kingdoms" are massively different. The call to Christian mission as it is currently practiced and demonstrated in the New Testament (as opposed to the call to Crusade 1,000 years ago) is very different to the call to violent jihad and suicide bombings.

That said, according to the CIA (via this CNN article), ISIS have recruited 15,000 folks - 2,000 of them Westerners - to their cause. Muslims around the world have been brave enough to step into the fight and lay down their lives in the fight (admittedly by killing and destroying others). They may be misguided, but they are certainly brave and passionate whatever their motivations.

The question is, are Christians displaying the same courage and passion to love and reach out to Muslims with the message of the Gospel? I wonder if Christian mission organisations have seen an upsurge in recent months of people wanting to give their lives, to take up their crosses, and take the Gospel to Muslim people around the world.

Military engagement can only have limited effect. Is not the ultimate solution to violent jihad for Muslims around the world to discover that the way of Allah is actually the way of Jesus, that we are to turn the other cheek to our enemies, care for the poor, stamp out injustice and love our neighbours?

How are you fighting the seeds of ISIS in your neighbourhood? Would you like to come to mine here in Istanbul?

Image based on one found at rectorymusings.blogspot.com.tr/2010/09/jesus-needs-you.html.