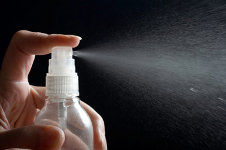 As part of helping new team members understand the culture of the country they find themselves in, I took a new guy to visit a local mosque last Friday. It's actually been quite a while since I've sat inside a mosque for Friday prayers so it was an interesting reminder to me as to what Sunni Muslims in Turkey are taught by their religious leaders.

Not being Muslims, we weren't too sure what to do when we got there. After one guy told us we couldn't come into the mosque without cleaning ourselves by doing the ritual washing first, another chap figured out that since we were just visitors, it probably wasn't that important: here was a chance to introduce Islam to some foreigners! He kindly took us to the back of the mosque, sat with us and let us know that we could chat with the imam (service leader) afterwards. Good on him for being "seeker-friendly!"

The service lasted about half an hour with a mix of prescribed actions (bowing and prostrating), some shared prayers, and a short sermon. After the sermon text from the Qu'ran was read in Arabic (that very few here actually understand), the preacher gave a simple exposition in Turkish which essentially boiled down to "do good". One idea was that if you do good deeds, then it will become harder for you to do bad deeds... Kind of like developing a habit for doing good I guess. Although it sounded a little "self-helpy" to me, I have no beef with doing good deeds. Jesus also commands his followers to be perfect.

Anyway, at some stage during the service, I became aware of an unpleasant smell. Let's just say that one of the men around us had probably had some beans or pickled onions for lunch, and nature was doing its thing... I just coughed and breathed through my mouth until the air cleared somewhat; the other men around me reacted (almost imperceptibly) in much the same way. For me, that sort of thing is no big deal and I can't say that I am entirely without guilt when it comes to such matters! That said, in the Muslim context where cleanliness is very important, doing something like that in the mosque during Friday prayers would be much more frowned upon.

Later in the day as I reflected upon my time in the mosque, it struck me that this little "episode" was an interesting object lesson. The preacher's message was "do good" - and in a perfect world, we all would. The reality is quite different - whether by accident or intent, all of us fail in this to varying degrees. I would love to be the fragrance of Christ all day and every day, but like the unknown man sitting near us in the mosque last Friday, I know that on occasions my spiritual fragrance can be quite different to Christ's...

No mention was made last Friday of what to do when we don't do good - although I have heard it said on many times in Turkey that the way to become a good person is to do your Friday prayers and also that we just need to trust in God's abundant mercy and hope he let's us off.

Most Muslims, like Christians, would also say that we need to repent and keep on trying to do good. However, followers of Christ don't have to just hope that our good deeds cancel out the bad ones or that God will just let us off the hook for those bad deeds. The message of the Gospel is that Christ has sprayed - and will continue to spray - spiritual air freshener into our lives. And not just the sort that smells stronger than the bad smell (and often winds up making things worse!), but it's the clever stuff that totally neutralises bad odours and renders us clean and spotless in God's sight.

Good news indeed for those sitting in crowded mosques on hot Friday lunch-times!