Over 200 surveys were filled out by attendees. People requested correspondence courses and personal follow-up in 6 cities.

Aftershock is a band and drama team from New York

The concerts were attended by 3000-4000 people. The concert in Chimkent was one of the really big concerts. We doubted that there would be many people because we only advertized on TV, but word of mouth did a good job! After the concert, one policemen got very upset and arrested Pavel, but then his boss scolded him for the arrest! So we praise God for this Victory of the Gospel. The band's favorite concert was the one in Pavil's church. We led church worship Sunday and met the residents of the rehab center. It was humbling and amazing to meet those who had prayed and fasted for us.

“The River” is by Canadian keyboardist Vince Goobie. Vince brought some of his own regular musicians from Canada, and TACO provided a guitarist and bass player to make up the numbers. Coupled with the illusionist Craig Greenwood, they put on an impressive show!

Having the illusionist on the tour meant a lot more children! This was a mixed bag as they can be disruptive and we can't “proselytise minors”. Many of them wanted to fill out the surveys, and had to settle for autographed arms courtesy of the band members! But of course, the children also often brought their parents with them who were able to hear the Gospel via music and in the deeper conversations that took place before and after the concerts. Many others also appreciated the message. We collected more than 500 surveys, many from people who wanted to hear more about the Gospel! 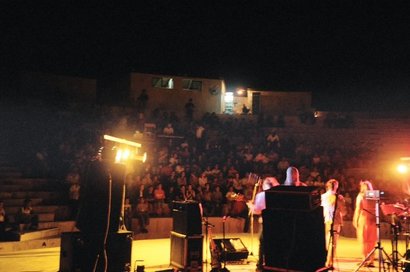 Viewfinder was a very musically talented, eclectic band that borrows from rock, jazz, pop, funk and blues. They have a great heart for ministry, especially for sharing the Gospel in the Muslim world.

10 concerts in two weeks in various venues all over northern Kyrgyzstan with 50-60 total professions. As a result, one lady is regularly attending the church in Microrayon (Tokmak) and a number of youth are coming back regularly to church of Jesus Christ in Bishkek. Many pastors and leaders of churches say that it was a really good time for them. All of them want to continue to do concerts. 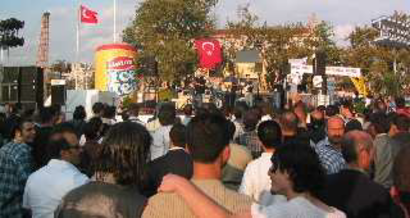 The music of Minus 200 is an amalgamation of vibrant vocals, inventive rhythms, rich guitars, and an electric violin sound unlike anything out there. Members have shared the stage with Switchfoot, Blindside, Pillar, Earth suit and many more.

Do to the band's excellence and flexibility, as well as cooperative municipalities, this was perhaps TACO's largest tour. An estimated 7,000 people came to 7 concerts. In the end over 600 surveys were filled out with almost 500 requesting follow-up. We received permission at the last minute for a concert in a city square in Istanbul and though we had no stage and it started late, we were able to attract 500-1000 people and gather over 100 surveys. It was great to have our translator Kamil along! He shared his faith from the stage – which produced many great after concert conversations. 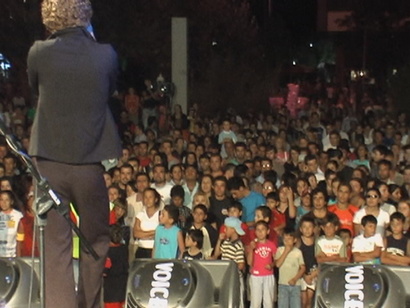 An acoustic duo from Ontario - who always managed to make more sound than you'd expect from two guitar and two voices. Good times and good  music! Check out the TheBetween website.

This was the last tour of the year. The Between shared the stage with Storybox at various venues throughout the country. We returned to the city of Tarsus after many attacks against Christians there. There were also several other tense concerts because of the shadow of the Islamic month of Ramadan. We performed the first concert of its kind ever in Konya, which is known as Turkey’s most religious city. And finally, the tour ended with one of the band members saving a woman from drowning after she attempted suicide by jumping off a ferryboat in Istanbul.